Obama – Not The Optimal President

Posted on October 19, 2012 | Comments Off on Obama – Not The Optimal President

While recording an interview for The Daily Show on Comedy Central, we get to hear this exchange between John Stewart and America’s 4th Greatest President:

Stewart – ‘Is part of the investigation helping the communication between these divisions? Not just what happened in Benghazi, but what happened within. Because I would say, even you would admit, it was not the optimal response, at least to the American people, as far as all of us being on the same page.’

Obama – ‘Here’s what I’ll say. If four Americans get killed, it’s not optimal.’

In an interview with MailOnline today, the mother of one of the four slain diplomats spoke out saying:

How can you say somebody being killed is not very optimal? I don’t think the President has the right idea of the English language.

It’s insensitive to say my son is not very optimal – he is also very dead. I’ve not been “optimal” since he died and the past few weeks have been pure hell.

I am still waiting for the truth to come out and I still want to know the truth. I’m finally starting to get some answers but I won’t give up.

There’s a lot of stupid things that have been said about my son and what happened and this is another one of them.’

The pain, frustration, and anger of this woman and the other families of those slain in Benghazi on September 11, 2012 must be near overwhelming.

The President made sure in the most recent debate to speak gravely of meeting the returning coffins of the dead.  What he wouldn’t speak to was the truth behind the confused, contradictory, and misleading statements given to the American people for weeks following the terrorist attack in Libya.  That is what is not optimal.

If you want to really see what is “not optimal”, keep scrolling down. 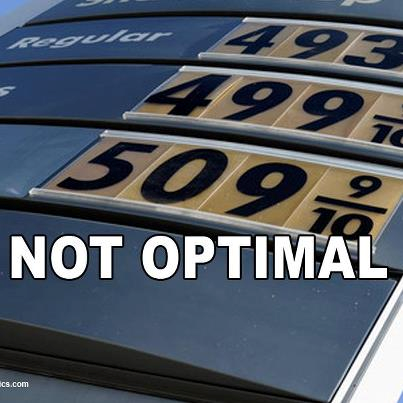 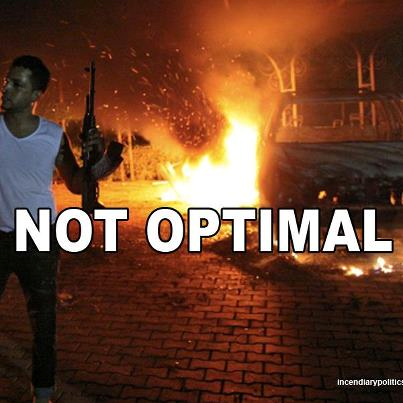