What to remember about December 31st…

Comments Off on Lost and Found – December 31st Edition

What to remember about December 30th…

Comments Off on Lost and Found – December 30th Edition

I have watched this perennial candidate for almost 20 years and still can’t fathom the appeal.  Like a blind hog, he occasionally finds a conservative principle.  But, his prior racist, anti-Semitic, and truther speeches and newsletter articles are baggage that he will not drop.  When confronted on these, Dr. Pul has become the master of the “non-answer”.  Is this so he won’t lose the support his early base like Lew Rockwell, Stormfront and David Duke or losing the new support that just fears another Obama Presidency more than reason.

Check out this recent ad from Revolution PAC for a taste of how they compare America to China and Russia.  Sorry, this just doesn’t cut it.

Oh, and for a little bonus, how about “10 Fun Facts You May Not Have Known About Ron Paul“.

What to remember about December 29th…

Comments Off on Lost and Found – December 29th Edition

In honor of the Hawker Siddley Harrier’s first flight on April 1, 1969 , I present you with the latest edition of our ongoing “Warbirds” series.

The Harrier, as most people consider it, is actually a family of aircraft.  The first and only operational family of jump jets ever developed.  The main versions of the family in order of development are the Hawker Siddeley Harrier, British Aerospace Sea Harrier, Boeing/BAE Systems AV-8B Harrier II, and BAE Systems/Boeing Harrier II.  Initial work began on the series as early as 1957 in cooperation between airframe maker Hawker Aircraft and engine manufacturer Bristol Engine Company on the project P.1127.

What came from this project was a fixed-wing aircraft that absolutely embodies the spirit of aviation innovation.  First operational jump jet.  First capable of hovering.  First to fly backwards (WHAT!).

When you think of the Harrier, the first thing that comes to mind is often the Falklands War between Britain and Argentina in 1982.  Deep in the South Pacific and over 8,000 moles from home, the Harrier saw her first combat in some of the world’s worst flying conditions.  While deployed, Harriers flew over 2000 sorties – over six per aircraft per day.  though 10 Harriers of various types were lost to ground fire or mechanical failure, none were lost in air-to-air combat.

After the war, the first generation of Harriers saw continued Cold War tasking, but declining service with British and American forces. 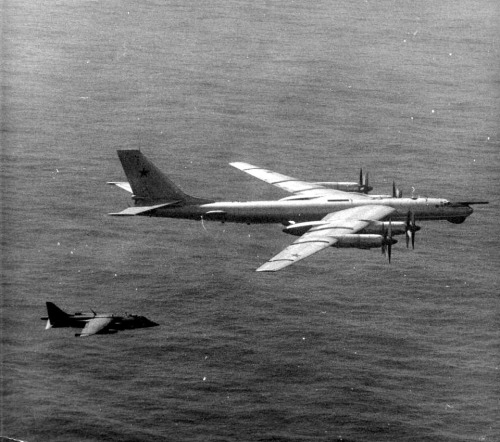 Most of the continuing production was earmarked for export to NATO and allied countries.  But, this wasn’t because of any failings.  Rapid advances in avionics, navigation, and propulsion would give birth to a next generation of jump jet.  A new partnership between McDonnell Douglas and British Aerospace would soon bring the world the Harrier II.  These aircraft serve still today and have seen combat during the Gulf War, Yugoslavia, the Iraq War and Afghanistan.  Though slated to be replaced by the Lockheed Martin F-35B Lightning II, the Harrier II still serves the USMC, British armed forces (G-5/7/9 series), Spanish Navy, and Italian Navy.

Comments Off on Warbirds – AV-8A Harrier

What to remember about December 28th…

Comments Off on Lost and Found – December 28th Edition

Where do our leaders come from?

I have heard often times that the first disqualifying characteristic of a presidential candidate should be that they desire the office at all.  I can understand the sentiment and only partly disagree.

Service to your country and your fellow citizens is an honorable career choice and only the individual holding the job can know what their true motives are.  Results can be judged any number of ways but what is in a man’s heart is known only to him and God.  However, service in the public sector or even the military is no indicator of virtue.  As power corrupts so does absolute power have the potential to corrupt absolutely.  Where else than in the service of the government – where your dictates can carry the weight of law and be enforced at gunpoint – can such ultimate power be found.

In more than 200 years of American history, the citizen soldiers that step forward to serve have forged a tradition of selflessness, sacrifice, and honor.  In the early days of the Republic, the military could have easily installed Washington as the first American king.  The choice to uphold their oaths is now now set as the weigh-stone against which today’s military leaders measure their own actions.  These traditions of our armed services have also benefited the nation by providing a testing ground – a crucible if you will – that helps identify leaders worthy of being followed.

Though I believe military service would be beneficial to any holder of the Presidency, I am loath to change the Constitution to make that service a requirement of office holders.  First, the political creatures that structure their lives around the attainment of power would be funnelled into our armed forces where they could cause untold damage.  Also, like a peacetime draft, the “required” service can create an institutional resentment against the military that would drive away those actually desiring to serve and not attain.  And finally, the founders saw that civilian control of the military was indeed another check against the totalitarianism that they had just recently escaped.

With all that said I thought I would post a short (haha) poll to see what people remember of our Presidents.  Do you know which 12 never served?  Make your selections and then check below for the answers.

Highlight the area below to see the correct answers.  You may be surprised.

(Hat tip to the every amusing and sometimes useful Ace of Spades HQ.)

What to remember about December 27th…

Comments Off on Lost and Found – December 27th Edition

General George Washington and the remains of his rag-tag army make an historic attack on Hessian mercenaries during massive snowstorm.  Crossing a river at night and marching with bloody feet to attack Trenton, “victory or death” was their passphrase.  Against all logic, the Americans capture hundreds and inspire the birth of an army and a nation.  Watch this great video from Newt Gingrich on this historic battle.

Comments Off on In 1776 a “Christmas Miracle”

What to remember about December 26th… 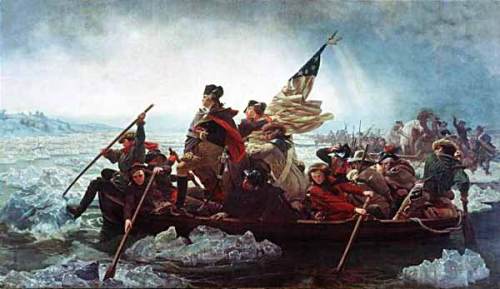 Comments Off on Lost and Found – December 26th Edition